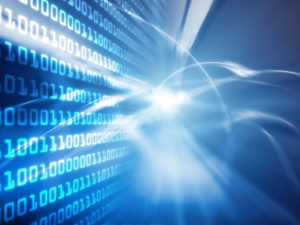 Is your PC feeling bloated?

Bloatware. In geek speak, this refers to the useless software that comes preloaded on your computer or other device. Also known as junkware, crapware, or just plain useless – it usually serves little or no purpose other than slowing your device down, and taking up space. At its worse, it could actually be harmful or cost you money.

Recently, PC OEM (original equipment manufacturer) Lenovo was found to have preloaded Superfish, a known adware program. Superfish was touted as beneficial, displaying useful ad’s based on your browsing habits. The problem was, not only was it logging where you went on the internet, it was circumventing web security to display its ads. Within hours of finding the flaw in its design, hackers were circulating details of the exploit. This was a major booboo by Lenovo, who finally admitted fault and released an update to remove the bloatware. And frankly, this software served no valuable purpose to the user.

Bloatware in the News

The reasons for this type of software being preinstalled are simple – money. Third parties often pay PC OEM’s to load their software, and offer a cut of the revenues generated from sales tied to, or information gathered from the software. McAfee antivirus is an example of such software. Starting with a 30 day trial, the software offers to protect your PC from viruses and malware. If the user purchases the software after the trial, the OEM gets a cut of the revenue. Search engine toolbars, such as Ask, are another example. The OEM gets a payment for preloading this software, and the search engine company gets revenue when you use it – through the display of advertisements. Even more worrisome, some applications use a scareware tactic of warning you that your computer might be at risk – so buy this software to keep it protected. While it could be legitimate – if it’s not a program you installed – its likely bloatware.

While this issue brings Lenovo’s name to the spotlight, many PC OEM’s follow the practice of preinstalling useless software. The question becomes, does the OEM thoroughly review the software and its relevant security?  What about the impact on other applications? Will the program slow down the computer or create a nuisance? This lack of due diligence could create a hazard for the consumer, either due to security or performance hits.

Reputable resellers and IT providers often “scrub” or “wipe” systems and load their own “clean” copy of Windows. This practice has been going on for a while, typically because of the way computers come from the factory bogged down with useless software. Best practice in securing a desktop computer includes removing any unnecessary software, since any application could be a potential access point for a hacker or virus. By removing applications that aren’t needed, you reduce this factor. In businesses, another advantage is that you’re common applications such as Microsoft Office can be preloaded and configured, thus saving time on larger deployments. At a minimum, your IT provider should remove any unnecessary software, install all software critical updates, and ensure working antivirus is installed. These steps are necessary to protect the computer properly before handing it over to the user.

Getting Rid of Unwanted Software

Removing bloatware can be a confusing process. Searching through the list of installed applications in “Programs and Features” (located in the Control Panel) might not clearly identify them. Don’t worry, there are some cool tools that can help. At the top of my list is Should I Remove It? (http://www.shouldiremoveit.com). This application not only displays a list of potentially unwanted applications, but shows a graph depicting how many other people removed it – a good indicator of its usefulness. PC Decrapifier (http://www.pcdecrapifier.com/download) does as the name says, and basically decrapifies your computer. Finally, if you still aren’t sure about an application – perform a Google search. Often, you’ll find the answer as to the software’s purpose. Also, make sure you have a good working backup before making any modifications to your system. It’s just a good practice – period! And don’t ever feel hesitant to contact your IT person if you have a question, particularly when it concerns your business PC. Some software might look like bloatware, when in fact it’s a management or security tool necessary to protect your computer. If something pops up on your screen asking for payment – certainly check before you enter your credit card information.

Bloatware Not Restricted to PCs

PC’s aren’t the only victim when it comes to bloatware. Tablets and smartphones are also likely to come with useless junk. The problem is, often this software can’t be removed. Again, the software vendor has paid the device manufacturer to include its application. With tablet or smartphone operating systems, manufacturers are able to implant the bloatware in a manner that prevents removal altogether. However, you can usually disable the application to help save system resources and that all-important battery life.