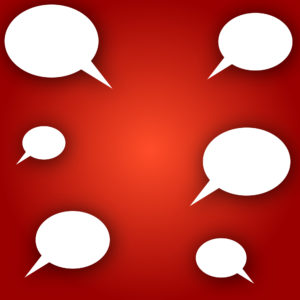 Are Your Voice Recognition Devices Eavesdropping?

Do you ever get the feeling that someone’s watching….or listening? If you have a smartphone, smart TV, or any number of “smart” gadgets – it just might be eavesdropping. Samsung was recently the center of attention with regard to their voice recognition software. Apparently, someone went through the trouble of reading the privacy policy that accompanies their smart TV’s and discovered this: “Please be aware that if your spoken words include personal or other sensitive information, that information will be among the data captured and transmitted to a third party through your use of Voice Recognition”

Taken literally, you might think that your TV is sending everything you say to some far off programmer, who’s intently listening to every word your family says. Suddenly, tonight’s dinner menu becomes public knowledge, your colorful comments about your boss are sent directly to their email, and your in-laws are asking what they ever did to you. While the information may not necessarily be sensitive, it could feel like a violation of privacy or, well, a little creepy!

It’s true that any smart device with voice recognition has a microphone, and could potentially be listening all the time. But before you go and bury all your smart gadgets in an attempt to protect your privacy, you should know that most devices require some command before they start recording what you say. For example, Apple’s helper “Siri” requires you to call her by name prior to the voice commands being processed. Microsoft Xbox simply needs you to say “Xbox” for it to start listening. “OK Google” is how I fire up the virtual assist in my life, conveniently located on my Android device. Uttering these commands enables the device to listen and convert your speech to text – which is then applied to a search engine or other form of logic designed to assist.

Voice recognition mainly operates in two forms – online and offline. Most smart devices with voice recognition have a built in list of commands they can follow without online help. Simple commands such as “volume up” or “call Mom” typically run local to the device. However, in many cases, online help is needed to complete the request. For example, asking for directions or getting a recommendation for a local restaurant are requests that will use the internet for an answer. Sometimes your device needs a little help to understand what you’re saying. In this case, your voice is sent to a data processing provider and run through a series of programs to both learn and attempt to filter your speech. So “pahk” becomes “park” and “cah” becomes “car”. Now your phone will tell you where to park the car. Just as long as it doesn’t tell me how to drive the car….I already have someone for that now.

Technical Considerations and What Control You Have

One might ask what’s done with your voice request once it’s completed. The answer could be nothing – or everything. In certain cases, when “personalized” voice recognition is enabled, your voice nuances are stored and used to help better understand what you are saying. The information is bound to your devices account, so it could potentially be tied back to an individual. In most cases though, your voice request is processed and then banished to the virtual recycle bin – never to be heard from again.

Data collection, like many super powers, can be used for good or evil. For good, it can help improve technology and introduce valuable new features. Devices that learn your habits can predict things that may help you, such as suggesting an alternate route around traffic. Conversely, the data collected could be used without your knowledge. In 2013, an IT consultant found his LG smart TV was sending information – including viewing habits, channel selection, and file names of an attached USB stick – back to a Korean company. Even worse, the information was being sent whether you had the “Collection of watching info” set to on or OFF! LG released an update to fix this, but I’m sure many people didn’t even know about it – or that the setting was “on” by default.

With all the technology in our lives, how do we know what devices are doing with our words? Read the EULA (End User License Agreement) before accepting it, or read the documentation that comes with any “smart” device. The EULA is usually displayed when you first setup a device, or may ship as part of a paper manual. I’ll admit, I don’t always do this myself – but if you have privacy concerns it may be worthwhile. Manufacturers will often be vague in descriptions of services, too. Often, this vagueness is an attempt to cover a wide variety of privacy areas so that new features can enabled later on – possibly without telling you. And if you just aren’t comfortable with it – you can usually disable voice recognition features altogether. With all that said, I’ll watch what I say around my tech.