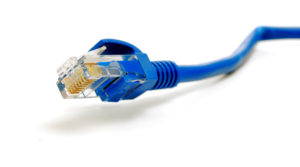 Everyone from tech boardrooms to news rooms to the head of the FCC are tossing about the phrase Net Neutrality of late. But what does it refer to? The nation’s use of internet access, for both commerce and entertainment, has grown enormously over the past decade. In most businesses, there is some level of dependency on internet access – whether it’s research and communications, or cloud computing. In the home, internet usage is prevalent, with both children and adults being connected all the time. As a society, we rely on internet access for our daily lives.

The success and development of the internet is in part due to the open and public nature by which it operates. This open and public concept keeps things fair among competitors and consumers, which in turn creates innovation and competition, and allows consumers to keep prices in check. For example, I can browse a website at one company, then browse a competitor’s website at the same speed, regardless of who I am or where I’m doing it. If a company was able to pay a large internet service provider to slow down or prevent connections to their competitor’s website, it could potentially create a disadvantage. It would be similar to closing an exit to a gas station on a highway, but leaving the next exit open – because someone paid the department of transportation to do so. We still have to use the highway, and have no choice but to use the only open exit.

A Historical Perspective on Monopolies

Some of you may remember the monopoly created by AT&T. Up until 1984, AT&T owned and operated most of the telephone systems and infrastructure in the US and Canada, either directly or through subsidiaries. They also owned the company that made most of the telephones and equipment. Since consumers only had one choice of provider for phone service, a monopoly was formed. This monopoly hurt consumers and businesses. As an example, during the 1940’s if you wanted to connect a telephone that wasn’t made by AT&T, you had to purchase the phone, pay a “re-wire” fee and then a monthly lease fee on top of that in order to use it. This effectively made purchasing a non-AT&T phone ridiculous.

Internet service providers have grown exponentially either through investment or acquisitions, resulting in fewer companies. In many areas, consumers only have one choice for internet service. Large companies have the capitol and manpower to improve products and deliver services to outlying areas through investment, but lack competition to drive prices down and keep innovation up. After all, why improve your product or slash prices when it’s the only one people can buy? As your only “on-ramp” to the internet, your provider has a large amount of power over how quickly content is delivered – and what services you can reach.

In the case of the phone monopolies, the FCC (Federal Communications Commission) stepped in and used its authority to break up the company. It recognized that consumers were not being treated fairly, and that the monopoly was going to potentially impact a relatively new technology – computer systems. A similar scenario is being played out now, with the internet being the subject.

Where We Find Ourselves

Recognizing that an open and public internet is a valuable platform and represents the best interests of the consumer, the FCC is proposing rules to keep it this way. Recently, a large and well known internet provider decided that a certain business should pay more for their connection, because they produce more “traffic” on the web, which was completely due to consumer demand. As a consumer, I pay for an internet connection, and shouldn’t have to worry about what content I’m viewing – only that it’s getting to me when I ask for it. If an internet provider intentionally degrades a connection in order to solicit more money from a company providing consumers a service, you’re essentially charging a toll. Because there are no back roads to the consumer, the company must pay the toll to reach its customers, or risk being slowed down. A concept that’s coined the phrase “internet slow lanes”.

What’s dangerous is that setting a precedent like this could impact many areas. Cloud computing, which is an emerging technology, could be severely limited by throttling service. If the internet service provider offers a cloud service, and chooses to prioritize its products connection over a competitor’s, the consumer has no choice but to purchase the providers service. This unfair advantage is exactly what the FCC is trying to prevent.

Net Neutrality As The Goal

Since internet service providers are the foundation for internet access, the proposed FCC rules will take into consideration the incentives needed for providers to make investments in technology. Some of the FCC’s experience with the telephone monopolies will be applied, but tailored for today’s technology and economy. For example, providers won’t have rates set – a technique that was applied to the telephone industry. Providers will maintain much of the freedom to operate as they do today, but the FCC will have the ability to step in when the consumer could be negatively impacted.

Seeing that our reliance on internet access has grown so much, it’s not surprising that treating it as a public utility is on the horizon. The internet is now part of a critical infrastructure, and needs proper care and feeding to stay healthy.