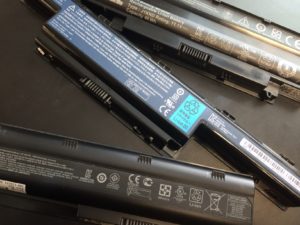 There’s nothing quite like riding a hoverboard. The wind in your hair. The thrill of swerving down the sidewalk. The warmth of your feet as the battery catches fire and explodes. Hoverboards were all the rage this past holiday season, but immediately cast under questionable light when reports of flaming boards came about.

Investigators quickly determined that the source of the fires was from the lithium ion batteries powering the scooters. The question then became why. The exact circumstances under which the hoverboards self-destructed varied, with some failing while charging and others while in use. There were even some cases where the board was simply sitting there. There was speculation that the lithium ion batteries, being quite heavy duty to generate enough power to move someone, may be coming from sources that may have a higher rate of defects. The size of the battery meant a failure was catastrophic, generating enough flame to not only melt the board, but possibly catch surrounding material on fire.

What’s equally disturbing is that lithium ion batteries are quite popular, being used in almost all cellphones and numerous other electronic devices. Cell phones have had a trivial history of battery failures with incidents ranging from overheating and melting, even some instances where they exploded. But certainly millions of cell phones are used every day and its not a common occurrence.

Other products that use lithium ion batteries include e-cigarettes. Check out this video of an e-cigarette failure. https://www.youtube.com/watch?v=k1LjSuq0rk8 Fortunately this man only suffered minor injuries, but in other cases the injuries have been severe.  E-cigarettes have some documented instances of failure, most often due to incompatible chargers being used or physical damage. By nature, e-cigarettes spend a lot of time in your face, so failures could lead to a severe burn.

Batteries have been around for some time, and up until now any failures generally went unnoticed. This is mainly because battery technology has changed to keep up with the demands of our electronic lifestyle, and newer batteries use more volatile substances. Lithium ion batteries work under a similar theory to any battery. A positive electrode made of lithium, a lightweight compound. A negative electrode made of graphite or carbon. These electrodes are swimming in an electrolyte, which in this case happens to be extremely flammable. Any sort of short in the battery and poof – it goes up in smoke or flame. The short could be caused by damage, containments in the electrolyte, or a manufacturing defect. And since millions of these batteries are produced all over the world, quality standards can vary. Other reasons for failure include using incompatible chargers, and overcharging. Lithium ion batteries require a special computer chip in the charger or device to keep from overcharging. That’s why more expensive devices, like cell phones and computers, can be left plugged into the charger. Inexpensive or cheaply made devices lack this chip, and must be carefully monitored to avoid overcharging.

Most batteries create heat when discharging, and lithium ion batteries are no exception. In fact, they tend to generate more heat because the produce a lot of power. The heat comes from internal resistance in the battery, which is part of how it naturally functions. Ever feel your cell phone get warm when charging or after you’ve used it for a while? Rarely will this cause a battery failure, but it can be alarming. If you find the device is uncomfortably hot or much hotter than normal, stop using it and place it on a non-combustible surface until you’re sure its safe.

What you can do

Follow these tips to ensure safe battery use, on and off your hoverboards.

While batteries of any kind pose some risk, current technologies are actually much safer than ever before. Experience and testing has helped develop modern day batteries, leading to longer battery life and safer construction methods. I may still charge my hoverboard outside though