Digital Currency: The Future of Money? 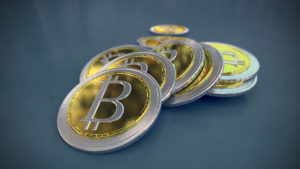 Currency, in one form or another, has been around for many centuries. Coin, paper, even beads or other materials of trade would be used to pay for goods and services. Today, paper money and coin are being increasingly replaced with electronic forms of payment. I know my debit card is the most frequently used payment method I own, and I make some purchases that pull directly from my bank account. But what about other forms of electronic payments?

By now, most of us have heard of PayPal, Apple Pay, even Google Wallet. These are services tied to your bank account or debit card. Upon purchasing goods or services, these payment methods act as a buffer to complete the transaction. They pull funds from your account and provide it to the vendor. Your information is not exposed to the vendor – thus providing some level of protection. Additionally, services like PayPal offer some limited insurance if your purchase isn’t what you bargained for.  This week, Facebook announced that you’ll be able to put your debit card number on file with them and send payments to your friends via Facebook Messenger. Most believe this is a pre-cursor to being able to “buy now” in the near future on Facebook.

Recently, a different form of payment has come to light. “Digital currency” such as Bitcoin, Litecoin or Peercoins, are internet based forms of currency. Digital currency isn’t tangible, and isn’t backed by paper currency or gold. It exists only in electronic format. In the case of Bitcoin, a cryptocurrency, each coin has an electronic “address” which the owner has rights too, along with a secret password. When the owner wishes to purchase something, they use their smart device to transfer the Bitcoin to the recipient. The information is then broadcast to groups of computers, known as “miners”. These miners compete to record the transaction to a public ledger. When a miner successfully records the transaction to the public ledger, the remaining miners work to “prove” the transaction is legitimate, by solving a math problem (this is why it’s known as “cryptocurrency”, as the math problem is part of the transaction). When the problem is solved, the “solution” is written to the ledger and the transaction is consider final. For the miner’s part in this accounting system, they are awarded small amounts of Bitcoins.

Digital currency is decentralized – meaning no one entity controls it. In fact, the ledger which maintains all Bitcoin transfers and balances is public (although the user’s identity is masked). The ledger is kept up to date by many miners worldwide. Because of this shared and open nature, it generally means no transaction fees, as you would see in a traditional bank or credit union. While I don’t expect digital currency to replace the dollar anytime soon, Bitcoin ATMs are starting to appear around the world.

Bitcoins are also being used for less legitimate reasons as well. My first foray into digital currency was actually to help a client pay a ransom. No, their wife wasn’t being held hostage by pirates on the Kennebec. Their computer was being held hostage by a virus that had locked all their precious documents. A message displayed on their screen, stating that in order to recover their documents, a ransom must be paid in Bitcoins. Why Bitcoins? Because they are very difficult, if not impossible, to trace back to the assailant. Bitcoins can be used anonymously. This is why they are often used for illegal or illicit activities.

Without a backup of the files, the only choice was to pay the ransom. The process to purchase Bitcoins and other digital currency is not yet a simple one. There is no central bank that holds Bitcoins. For starters, you must create a “wallet” at one of the dozens of online coin exchanges. A wallet will let you buy and sell Bitcoins. I’ve used CoinBase (https://www.coinbase.com/) in the past, but other well-known exchanges include Kraken (https://www.kraken.com/) and CoinDesk (http://www.coindesk.com/). It’s much like online banking, with security that includes providing a cell phone for text messaging alerts, and ties the account to your computer. After creating your wallet, you must enter your bank account. This is where I get a little nervous. Many of these companies are not based in the US. How can you be sure they are legitimate? These questions are not easy to answer. Bitcoins aren’t tied to a country and have no regulation. This makes them very inexpensive to use, especially for international transactions – but also leaves things open to fraud. Once your banking information is confirmed, you can start buying and selling Bitcoins. Today, a single Bitcoin is worth $290.

Digital currency provides an example of how traditional forms of currency are evolving. As our society moves further into electronic payment methods and transactions, it’s only natural to believe that a digital currency might be the next big step.