Virtual Reality is Now a Reality 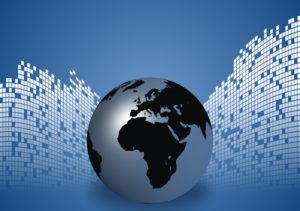 Virtual Reality More of a Reality

For as long as virtual reality has been around, it’s had technological limitations. Sci-fi movies and television portray it to be life-like, allowing the user to immerse themselves in futuristic scenes or operate seemingly tangible objects with ease. However, when you get back to “reality”, you might be disappointed in how un-realistic some of the technology really is. However, that’s quickly changing. Today’s systems are much more advanced than ever before, taking advantage of the miniaturization of electronics, enhancements in graphic chips, and motion sensing technology.

Virtual reality is defined as computer generated images or environments that, along with the use of special electronic headsets or goggles, allow the user to interact and manipulate them. Donning the equipment provides a visually stunning experience, where the motion of your head is synchronized with the environment you are seeing. Hand gestures can also be captured, allowing you to interact with what’s being displayed – without actually touching it. While initially you may think this would only be useful for games or other fun activities, increasingly this technology is finding its way into business.

Engineers and designers already use computer systems to visually depict concepts. 3-D modeling technology and CAD systems allow people to draw what they want to build, and test how the finished product will look and operate. Virtual reality takes this a step further, by allowing the user a 360 degree view, and to change the design real-time and see the results. Imagine designing a car. Even a 3-D computer model can only go so far. Virtual reality takes this a step further, allowing the designer to walk around the object and change it instantly. What was once done using clay models taking days to complete, can now be done in minutes with far better results. In fact, a team of designers can assist with the changes, allowing collaboration from across the globe. When designing something like an airplane or ship, it can be difficult to get a sense of perspective. Using virtual reality, things such as access to maintenance hatches, ergonomics, and safety can be reviewed before any raw material is touched. This saves time and money.

Virtual reality is already being used in medicine too. Training for surgeons can be done using software that simulates the human body, allowing practice runs before you go under the knife. Remote medicine is possible when a surgeon dons a pair of virtual reality goggles and remotely controls a robot. Force feedback allows the surgeon to “feel” how much pressure is being applied – an important part of this type of medical procedure. Access to top medical professionals from around the globe is becoming possible with this technology.

Immersing Yourself in Entertainment

Of course, virtual reality systems are capable of entertainment too. Consumers will benefit from a new form of visual interaction, turning your whole field of view into a computer screen. Magic Leap, a startup reality player, recently raised $542 million in its initial funding campaign led by Google. Magic Leap is unique in that it augments reality, rather than a completely virtual one displayed on a screen. The user wears a specially designed pair of glasses, and under normal circumstances can see plain as day. When the system is turned on, images similar to holograms appear. So while the room around you looks the same, a floating image may appear on your desk when you get an email. Perhaps you want to have your Facebook feed displayed on a wall in your room. With the glasses on, you can turn to that wall and see it. Amazingly, this is all done using a tiny projector that shines into your eyes, with a light level closely matching your surroundings (I imagine so that it doesn’t blind you!).

Microsoft HoloLens works similar to the Magic Leap system. Microsoft is working to provide a consumer device you can wear while you work or relax at home. Manipulating the images and environment is possible by using your finger, much like a mouse operates. The system also responds to voice commands. HoloLens is able to follow your gaze, so looking at object and moving around it will realistically change your perspective, leading to a more realistic feeling experience. Microsoft’s demonstrations have shown several practical uses. In one scenario, a user is assisted in a home plumbing job by a remote helper. The helper draws arrows and demonstrates the steps, which appear to the homeowner through the HoloLens on the actual pipes themselves. This sort of scenario could work for many applications.

Oculus Rift offers a stereoscopic virtual reality system. It uses a pair of goggles with a small LCD display inside, and two lenses. It’s also stuffed full of sensors, gyroscopes, accelerometers – you get the idea. The lenses and screen work together along with motion detection to completely immerse you in the experience. Oculus provides a 3D view, and attaches to your computer or game console. While the primary goal of Oculus is gaming, it will have other uses. It must be impressive, since Facebook acquired them for $2 billion in March 2014. Oculus is supposed to ship in Q1 of 2016.

While virtual reality has been around for a while, technology has evolved to allow more advanced systems. New interest in these systems, with a younger generation having much higher expectations, will undoubtedly lead to advancements we can only imagine.